Coronavirus and how we feel about it

Uncertainty and the need for a strong, unique source of information are the main evidences of the analysis of the conversation about the epidemy.

The words EMERGENCY with almost 4.000 occurrences, DANGER and FEAR, with more than 1.470 occurrences, well represent those feelings. 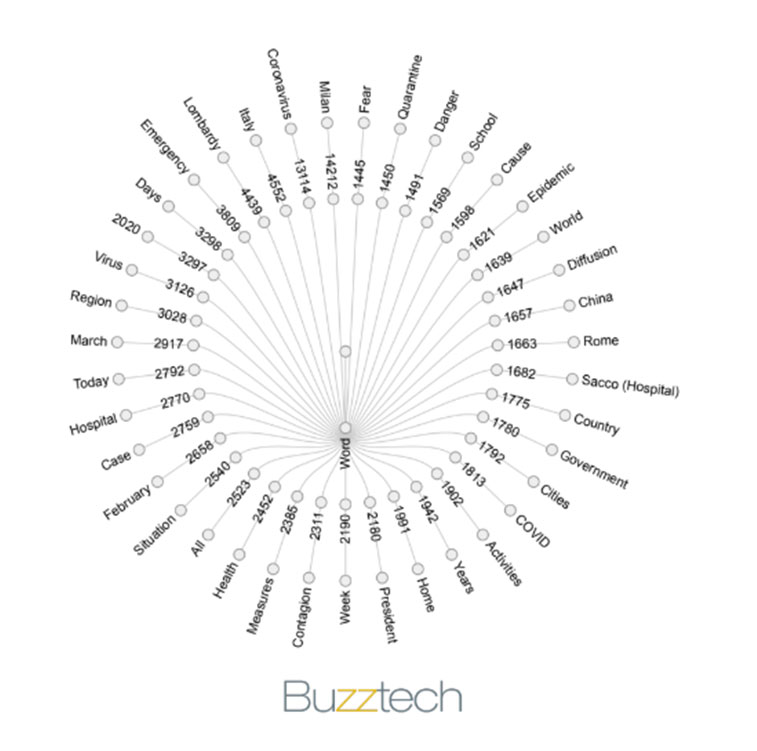 Indeed they are not the most used words yet they are the most representative for  common questions: what’s on and will impact on me and how?

A strong evidence of the need to understand and to discuss and compare what we know as individuals, comes from a far larger use of Facebook versus Twitter, the channel of choice for the crisis. 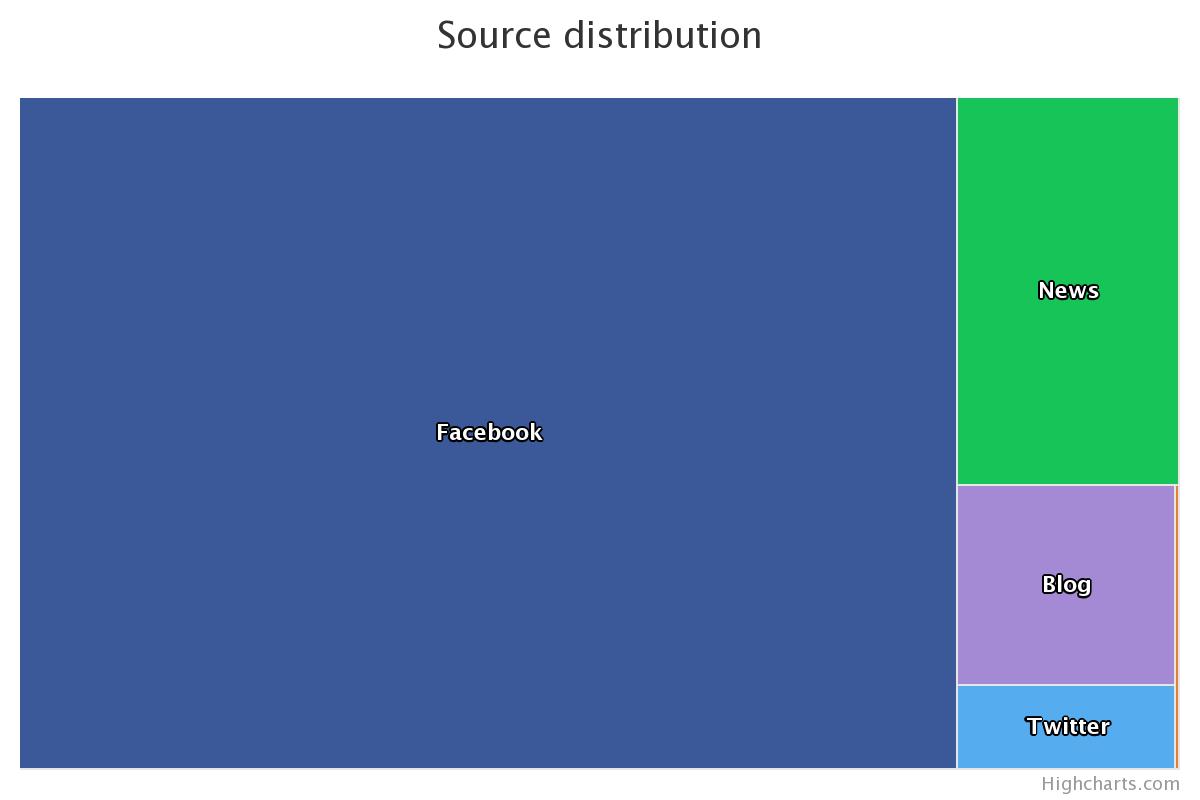 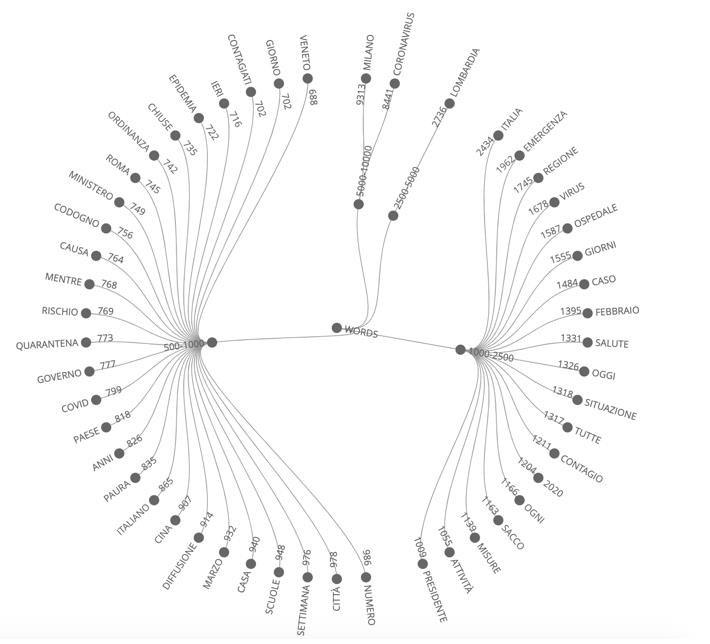 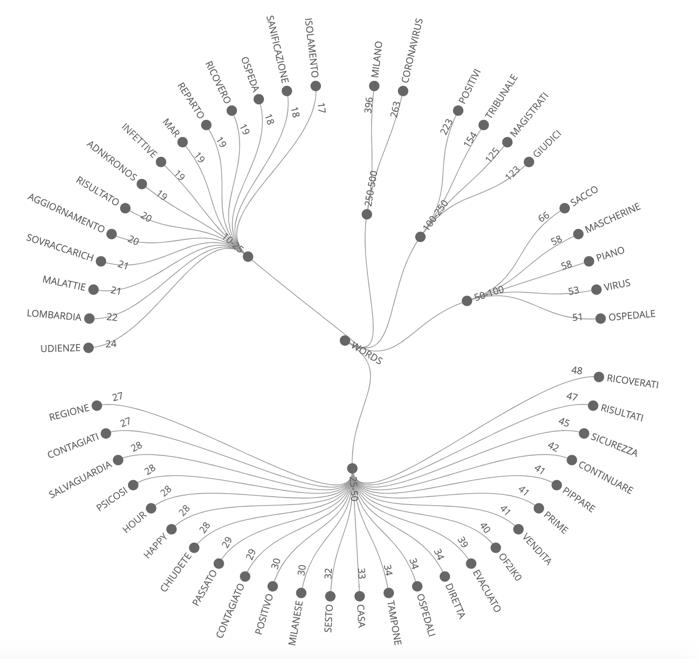 The Facebook word cloud is more focused on main topics such as situation, measure, health and other practical aspects of our daily life while the Twitter one shows the last minute update, the ranking of the individuals affected, the area with larger virus diffusion, more short lived news.

It shouldn’t come as a surprise if the highest engagement posts so far are one about the Hospital Sacco team that identified the Italian source of the virus and one from the comic character Il Milanese Imbruttito: both posts are bringing in positiveness and reassurance, everything we are all looking for in these dark days. 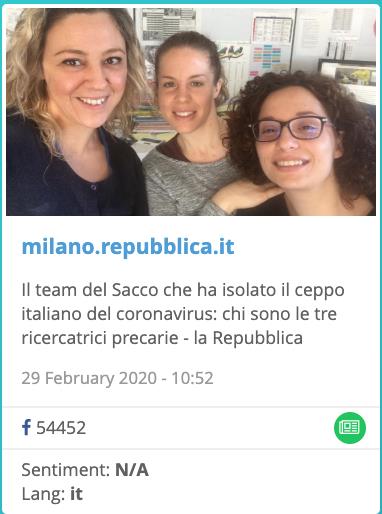 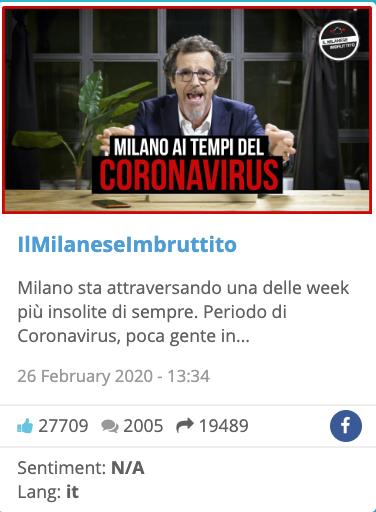 The above have been pushed by media outlets obsessively in the last weeks and seem to be part of the knowledge system of almost all of us.

Same for the small act of resistance, the activities that help to feel less the collective pressure: conversation on how to stay fit while gyms are closed, which football matches will be played and so on.

If a brand wants to play an active role in this situation better keep in mind these four key facts to set up a correct tone of communication: